Schools in the diocese will celebrate Catholic Schools Week with Masses, open houses and activities for students, families, parishioners and the community at large. And a diocesan tradition of Catholic Schools Week is the food drive for Catholic Charities. It is the largest food drive of the year stocking the food pantries at each regional office of Catholic Charities: Gainesville, Jacksonville, Lake City and St. Augustine.

Quick Facts about Catholic Education in the Diocese of St. Augustine:

Below are just a few activities planned for some of our schools for Catholic Schools Week:

Each class selects a “Mother Teresa Service Project” annually. The first and second grade classes have chosen to support Catholic Charities Book Corner. Three large boxes of new and gently used books have been collected so far with hundreds more will be collected during Catholic Schools Week.

Friday, Feb. 1 – 1:15 p.m. Assembly in the gym. Guest speaker will be St. Joseph graduate, U.S. Army 1st LT Ryan Timoney, wounded in Afghanistan last year and a Purple Heart honoree. He will speak about his faith, the attack that left him severely wounded, serving our great country as well as thanking students for their cards, letters and prayers.

Wednesday, Jan. 30 – Middle School Volleyball vs. Staff and Priests in the gym. 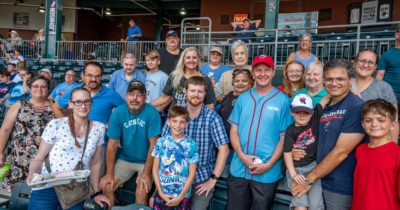 The Church of North Florida has a New Shepherd