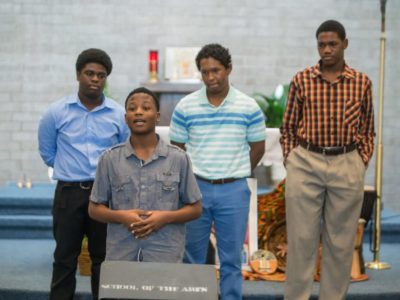 By Savanna Kearney It’s been one year since the Parkland school shooting, and yet it seems that little has changed in terms of peer violence. There have been seven shootings across the Jacksonville community just this past weekend, four of which were fatal. While school shootings are often discussed by adults, it is the generation most affected by these tragedies that are taking a stand. Read More 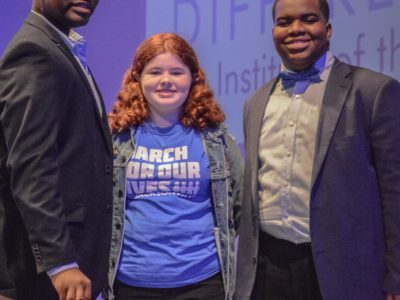 Award-winning classical guitarist William Feasley will perform at St. Anastasia Catholic Church on Saturday, February 23 at 7 p.m. Feasley's multimedia performance will take place in St. Anastasia’s new building, the St. Edna of Aran Formation Center’s Celebration Hall. As always, all are welcome and donations will be graciously accepted to offset our expenses. $20 donations are strongly encouraged as there is very limited seating.  To reserve these seats, please contact Peter Morin at staccmusic@aol.com Read More 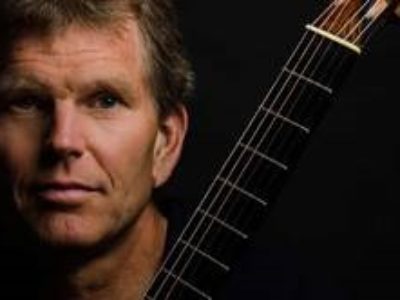 Kick off this year's Lenten season with Father Simeon Gallagher, OFMCap. Father Gallagher will conduct a Lenten retreat at Sacred Heart Catholic Church in Fleming Island, Monday, March 25 through Thursday, March 28. The theme for the retreat is "A Spirituality of Relationships." Each day will be broken down as follows: Read More

Emmet Cahill, award-winning Irish tenor and principal singer with the popular Irish music show Celtic Thunder, will be in concert at St. Paul’s Catholic Church in Jacksonville Beach on Tuesday, March 12 at 7:30 PM. Last March, Emmet performed to a sold-out audience at New York’s Carnegie Hall; he has been a guest artist with several US symphonies. Read More

By Marina Alonso-Gallo Six Bishop Kenny High School students attended World Youth Day Panama in January, and one of their parents who attended shares her perspective of their faith-filled week abroad. Read More

As we prepare for Lent, we focus our hearts on its three most important aspects: prayer, fasting and almsgiving. Catholic Relief Services' Rice Bowl program encompasses all three parts of lent. Read More

Campers Strut the Catwalk for Charity

For the past 37 years, the Diocesan Council of Catholic Women has coordinated the Catholic Charities’ Camp I Am Special Fashion Show. Every year, Campers and Buddies strut their stuff on the runway, modeling summer fashions from local retail partners such as Sears and Roz & Ali. Not only does the event warm hearts, it’s also a great opportunity to support Catholic Charities and its mission to serve the most vulnerable in our community. Read More

Catholic Charities Jacksonville would like to invite you to join us for the Black & White Ball on Saturday, March 9, 2019 from 6 to 10 p.m. at US Assure Club East, TIAA Bank Field. Read More

The bishops of Florida join with Catholics and others of goodwill in reacting in horror and disgust to the recently passed law in New York State that legalizes abortion essentially for any reason through all nine months of pregnancy and removes any protection for children born alive after abortion. Sadly, similar bills were proposed in Virginia and elsewhere. As Archbishop Joseph F. Naumann, Chairman of the U.S. Bishops' Committee on Pro-Life Activities, stated, "This legislation is evil, pure and simple." Read More