Father Michael Pendergraft, pastor of Sacred Heart Catholic Church, invites the community to participate in a Lenten Retreat featuring world-renown Franciscan Friar Simeon Gallagher. The retreat is March 25-28, with talks beginning at 7 p.m. each evening. The theme for the retreat is “A Spirituality of Relationships.” 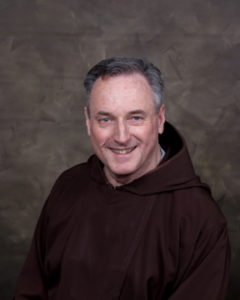 There will be a shorter presentation each day after the 8 a.m. Mass.

Father Gallagher was born in Philadelphia and is a member of the Mid-American Province of the Capuchin Order. His ministerial background is diverse. He conducts retreats, parish development programs, parish missions, and religious education workshops. He has an international reputation for conducting retreats for priests.

He has also presented ecumenical lectures at the Jean XXIII Centre in Switzerland, and for the past several years, he has worked closely with the U.S. Armed Forces at various military bases around the world.

Father Gallagher holds advanced degrees in religious education, ascetical theology, and 19th Century British literature. His literature degree has earned him a reputation as a scholar in the works of Cardinal John Henry Newman.

Sacred Heart Catholic Church is located at 7190 U.S. Highway 17 South in Fleming Island. There is no charge to attend the retreat, and everyone is welcome regardless of religious affiliation.