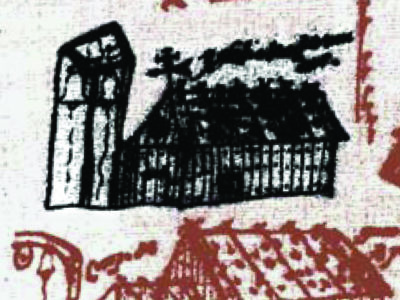 In the 1930s, a young woman in Poland claimed to have vivid revelations in which she was personally visited by Jesus. And decades later, we still honor her writings and the image that appeared to her, of the risen Messiah, whose heart revealed rays of red and “pale” light, symbolizing blood and water and whose words resonate with Catholics to this day: “Jesus I trust in you.” Read More

The Summer School of Theology is back from 9 a.m. to 3 p.m. daily June 24-28 at the Wisdom Center at Marywood Retreat Center, 235 Marywood Drive, St. Johns. Read More

April 23, 2019 WASHINGTON—Bishop Frank Dewane, of Venice, Florida, Chairman of the USCCB Committee on Domestic Justice and Human Development and Bishop Joe Vasquez, of Austin, Chairman of the Committee on Migration, issued the following statement in advance of the oral argument of Department of Commerce v. New York, before the United States Supreme Court regarding the importance of ensuring an accurate count for the U.S. Census. Read More

By Patricia M. Robertson/Franciscan Media Why is it so hard for some people to maintain a spirit of celebration? I ask this knowing that I am one such person. I find the struggles of everyday life and the penitence of the Lenten season easier than seven weeks of Easter celebration. As a lay minister, I have spent hours focused on programs and activities for Lent, then collapsed the day after Easter. One day of celebration was all I could handle. Read More

Walk-a-thon Raises Money to Save Babies

By Glenda Meekins On a sunny, Saturday morning, eight Knights of Columbus councils gathered with almost 200 participants for Coastal Laps for Life, the pro-life effort that puts ultrasound machines into crisis pregnancy centers. Walkers came from Father Lopez Catholic High School in Daytona Beach, where the event took place, and from other interfaith churches and schools. With the release of the movie “Unplanned,” and recent laws extending abortion dates, the coordinators felt the timing could not be better. Read More

April 15, 2019 WASHINGTON—Amidst the devastating fire taking place at the Cathedral of Notre Dame in Pairs, Daniel Cardinal DiNardo, Archbishop of Galveston-Houston and President of the U.S. Conference of Catholic Bishops issued a statement to the people of Paris. Read More

Walking Through Holy Week with Karen May

Holy Week can often be overlooked during the excitement and celebration of Easter. But it is a vital time for Catholics to prepare themselves for Jesus’ death and resurrection. Read More

Increase Your Understanding of Mary with Marge Fenelon

Come out to the Santa Fe Shrine of Our Lady of La Leche to increase your understanding of Mary, Our Queen and Mother with award-winning author, speaker, journalist, blogger and popular radio personality Marge Fenelon. Read More