Celebrating a Hero of the Church

On this day (Feb. 18), 168 years ago, a Cuban exile named Father Félix Varela died quietly in St. Augustine, Fla., the city where he had spent much of his youth.

Venerable Father Varela, who is now on the path to sainthood, was born in Havana, Cuba in 1788, and moved to St. Augustine to study under Father Michael O’Reilly. He returned to Cuba to attend San Carlos Seminary, where he was ordained a priest in 1811 and went on to become a popular professor of philosophy.

In 1821, he was elected to the Spanish legislature where he was an advocate for the abolition of slavery. Two years later, he was among those who voted to depose King Ferdinand VII, which resulted in a death sentence for the humble priest.

Father Varela fled to New York City, where he founded Christ Church and the Church of the Transfiguration in Manhattan. He published and edited newspapers and is considered the first journalist of the church. He even helped develop the Baltimore Catechism.

He was named vicar general of the Diocese of New York and in 1837 just as the first wave of Irish immigrants began arriving, he took up their cause.

In 1848, in poor health, he returned to St. Augustine, where he died five years later. His remains were later moved to the Aula Magna of the University of Havana, where they can be viewed today.

The Catholic Conference of Bishops in Cuba began his cause for beatification in the 1980s and he was declared venerable in 2012. He is currently being considered for canonization.

In 2000, the east courtyard of the Cathedral Basilica of St. Augustine was dedicated to Father Varela where a statue of him still stands. And in 2019, Bishop Felipe Estévez, who also hails from Cuba, blessed and dedicated the former Cuban America Club building as the Father Félix Varela Center as a workplace for the staff of the Diocese of St. Augustine. 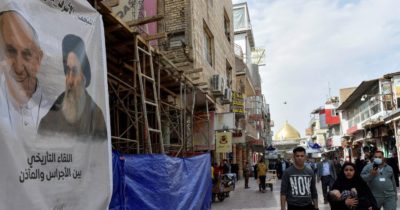 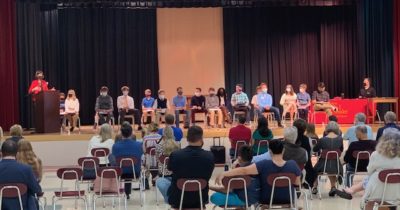 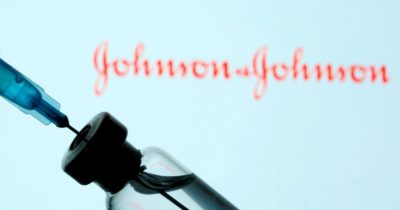 U.S. Bishop Chairmen for Doctrine and for Pro-Life Address the Use of the Johnson & Johnson Covid-19 Vaccine