CHICAGO (CNS) — The Bank of Chicago Marathon is known for the thousands of people who line the route and cheer on the runners as they pass through the city’s 29 neighborhoods.

This year’s race Oct. 10 was no different, especially with the addition of dozens of Franciscan women and men religious and laypeople awaiting runners at an intersection on the West Side.

They waved balloons and signs with messages such as “May the course be with u! Team OLA” and “You fast like Jesus in the desert!”

Among them was Chicago Auxiliary Bishop Robert J. Lombardo, a Franciscan Friar of the Renewal, who blessed runners as they passed by, much like a bishop blessing people as he is leaving Mass, said Sister Stephanie Baliga, a Franciscan Sister of the Eucharist of Chicago.

The group was there to cheer on members of Team OLA, which raises money to support the Mission of Our Lady of the Angels in West Humboldt Park and its outreach to the poor. The cheering section was organized by the Franciscans of the Eucharist of Chicago who minister at the mission.

Usually, the group joins other organizations at the Charity Block Party area near mile 15, but moved this year for safety reasons related to COVID-19, said Sister Baliga, who also ran in the marathon.

“It’s the farthest west point of the course and the closest point to the mission,” she told the Chicago Catholic, the archdiocesan newspaper. “And also no one is ever there. It’s like ‘no man’s land’ of no cheering, traditionally. But now we’re there!”

Sister Baliga, who is in charge of Team OLA, said the team, which runs both the Chicago Marathon and the Shamrock Shuffle, is the mission’s only fundraiser each year. It is on track to meet its goal of raising $250,000, she said.

Sister Baliga was a track star at the University of Illinois at Champaign-Urbana and regularly runs marathons. Last year, after the Chicago Marathon was canceled, she took her run to the treadmill and raised over $190,000 for the mission and set a world record for the fastest time for a woman to run a marathon on a treadmill.

Team OLA is more than just a way to raise much-needed funds for the mission, Sister Baliga said.

Some team members, like Claire Vogel, 23, from Baltimore, and Cadence Faurote, 25, from northeastern Indiana, are drawn to the spirit and efforts of the Mission of Our Lady of the Angels.

Vogel volunteered at the Mission of Our Lady of the Angels for a couple of summers while she was a student at the University of Michigan.

“I love running and running races. I really had wanted to run the marathon for the sisters,” Vogel said. “The support is just totally intoxicating. That’s why people run marathons, because you have all those people cheering for you.”

As part of Team OLA, members associate themselves with a different type of living that the general population might not be aware of, Vogel said.

“I think that just running for their team is an honor in that way, to just kind of represent the radicalness of this life,” she said.

“Then I realized they did a marathon every year,” said Faurote, who competed in one other marathon with a group of women religious in Cleveland. “I was hoping I could run another one with religious sisters and I did not know that there’s a group that runs one every year.”

Being able to anticipate seeing the cheering section gave Faurote something to look forward to during the race.

“At like mile 10, I was running with someone else from the team and I was telling him, ‘We’re almost to the Franciscans!’ but they were like five miles away still,” she said, laughing. “It was really encouraging and it really pumped me up.”

Faurote said she hopes to run with Team OLA again or visit to volunteer at the mission in the summer.

“I know a lot of different Franciscans and they all have the same sense of joy in any circumstance,” she said. “It’s really refreshing to be around people who have the joy of Christ like that and they’re so eager to help everyone.”

Duriga is editor of Chicago Catholic, the newspaper of the Archdiocese of Chicago. 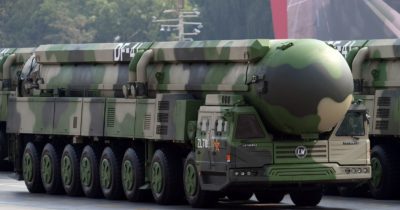 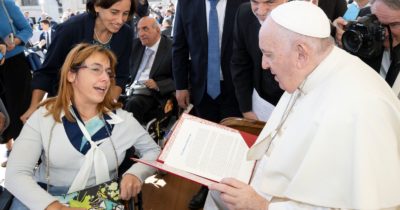 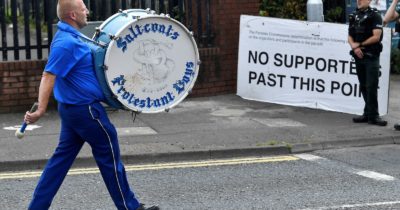