According to the Catechism of the Catholic Church, “the death penalty is inadmissible because it is an attack on the inviolability and dignity of the person.”

With this in mind, the faithful gathered at St. Joseph Catholic Church on Tuesday, Nov. 30, for the 2021 Cities for Life event.

Since 2002, communities worldwide have gathered to commemorate Cities for Life, which takes place every year on Nov. 30 – the anniversary of the first abolition of the death penalty on the part of the state, the Grand Duchy of Tuscany, in 1786. The worldwide movement is the largest mobilization effort to bring about a more civilized form of justice, such as life behind bars without the chance of parole.

After lighting more than 300 candles to recognize the 324 men and women on death row in Florida as well as their victims and families, the first speaker was Sister Helen Prejean, who joined virtually from her home in Louisiana. Sister Helen is the author of Dead Man Walking: An Eyewitness Account of the Death Penalty in the United States, for which a film was made in the same name starring Susan Sarandon.

Sister Prejean reminded those gathered that up until 2018, the death penalty was an acceptable form of punishment in the church’s eyes. Originally, the idea of the death penalty came from a defensive position, to protect society from harmful individuals. But since it was reinstituted in the U.S. in 1976, capital punishment has been stacked with biases, statuses, rules, and intricacies.

“When we descend into the deepest Gospel values of what Jesus has taught us and what we try to follow, isn’t the very heart of his message that we will not kill each other?” she said.

She also recounted tales of her time accompanying men on death row, from conviction until their execution, as well as conversations she had with Pope John Paul II.

“Now that we have prisons, isn’t there a way of protecting society without imitating the very killing that put them on death row?”

Dr. Joseph Thornton, chief of Psychiatric Services for the University of Florida Health Shands Hospital and board member for Floridians Against the Death Penalty, also spoke at Cities for Life. In the 90s, Dr. Thornton served on the National Health Service Corps assigned to the Union Correctional Institution in Raiford, Fla. He made weekly rounds to see each of the 300 inmates housed on death row. His presentation addressed the death penalty myths as a measure of protection vs. a matter of injustice.

The final talk of the evening was given by Herman Lindsey, Florida’s 23rd exonerated death row survivor. Lindsey shared the story of how he was exonerated in 2009 after spending three years on Florida’s death row for a crime someone else committed.

According to statistics from Floridians for Alternatives to the Death Penalty, Florida has the highest number of exonerated death row inmates than any other state since 1973. Florida also has the second-largest death row in the country. Although still higher than any other state, Florida’s number of new death sentences last year has dropped significantly since 2012. The money saved by abolishing the death penalty could be used to help the murdered victims’ families. To learn more about abolishing capital punishment, visit https://www.usccb.org/committees/domestic-justice-and-human-development/criminal-justice-restorative-justice or www.fadp.org. 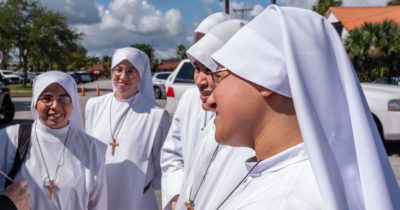 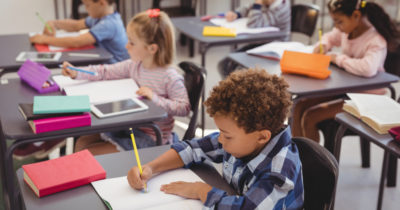 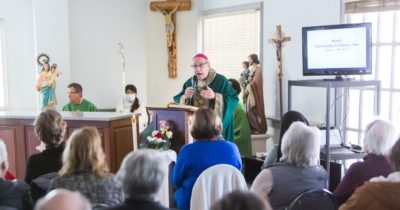