In the photo above, Msgr. Logan is pictured circa 1995. (photo by Kelly La Duke)

He was born on Feb. 3, 1938, in County Kildare, Ireland, to Peter Logan and Ellen Hynan Logan, and he had two brothers, John Joseph and Thomas Patrick. Following his ordination to the priesthood in 1963, Logan was recruited to serve in the Diocese of St. Augustine, Fla., by Archbishop Joseph P. Hurley. His first parish assignment was assistant pastor at St. Paul’s in Riverside (1963-1967). He also served as assistant pastor at Sacred Heart Parish, Jacksonville (1968-1970), pastor at St. John the Baptist Parish, Atlantic Beach (1970-1974), the founding pastor of Holy Family Parish, Jacksonville (1974-1999) and pastor of Our Lady Star of the Sea Parish, Ponte Vedra Beach retiring from full-time ministry in 2013.

In addition to his parish duties, Msgr. Logan had a long and influential career in Catholic education. He began teaching religion at Bishop Kenny High School in 1965. Two years later, Msgr. Logan earned a master’s degree in religious education before being appointed the school’s vice-president in 1968. In 1971, Bishop Paul Tanner named the 33-year-old priest president, serving the school until 1989. As pastor of Our Lady Star of the Sea, Msgr. Logan opened Palmer Catholic Academy, which educates students in pre-kindergarten through 8th grade.

Since 1974, along with his duties as president of Bishop Kenny and pastor of a growing parish, Holy Family, Msgr. Logan was part of a weekly panel of religious leaders in Jacksonville on the television program “For Heaven’s Sake,” airing on Sundays at 7 a.m. on WJXT-TV. His media talents also included a regular “Question & Answer” column for Community, a diocesan-sponsored page in the Florida Times-Union and Gainesville Sun newspapers. He also wrote for the St. Augustine Catholic magazine and served as a key spokesperson for the diocese with local news media.

Msgr. Logan was a humble and humorous man passionate about his vocation as a priest. He was a man who lived his faith daily, modeling God’s teachings. He is survived by his brothers Tom (Sally) and Jay (Bridie), nieces and nephews, grandnieces and grandnephews and cousins. He will be dearly missed by his family, brother priests, parishioners, students and a wide circle of friends in Ireland.

The Vigil Service will begin at 6:00 p.m. on Jan. 7 with visitation to follow until 8:00 p.m. at Holy Family Catholic Church, 9800 Baymeadows Road, Jacksonville. The funeral Mass will be celebrated at 10:00 a.m. on Saturday, Jan. 8 at Holy Family. Interment will occur in County Kildare, Ireland. Please keep Msgr. Logan and his family in your prayers. 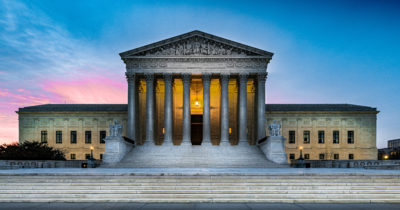 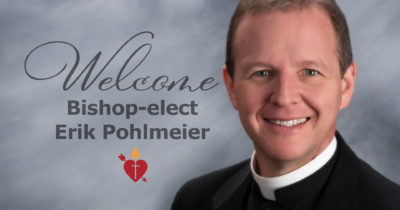