LEXINGTON, Ky. (CNS) – Lori Helfrich, the parish life director at Mother of Good Counsel Church in Hazard County, Kentucky, had just come from volunteering at the food pantry that her parish helps support. They were cutting up melons to distribute to people hit hard by the torrential rain and flooding that has followed in the southeastern region of the state.

“Northfork Local Foods (the food pantry Hazard’s parish is part of) has a lot of melon and is distributing it so people have some fresh food,” Helfrich said in a mid-afternoon conference call on July 29 arranged by the Diocese of Lexington, Kentucky. “A lot of people don’t have water and electricity. As community partners and churches, that’s what we’re working on – trying to connect people where we can,” she said. The rains began late July 27 and went into the next day, causing massive flooding that destroyed hundreds of homes and wiped-out entire communities, according to news reports.

Search and rescue teams, with the help of the National Guard, began searching for missing people on July 29. As of Aug. 1, 660 air rescues and hundreds of boat rescues had been conducted. By mid-morning Aug. 2, the death toll had reached at least 37 people, with hundreds still missing. Kentucky Gov. Andy Beshear called it “one of the worst, most devastating flooding events” in state history. He said President Joe Biden had approved his initial request for federal aid to assist with recovery efforts in 13 eastern Kentucky counties. On NBC’s “Meet the Press” on July 31, he said he believed recovery crews will be “finding bodies for weeks.”

The needs of victims of the record flooding in eastern Kentucky are great, both for the short term and in the long term, according to Meg Campos, executive director of Catholic Charities of the Diocese of Lexington, Kentucky. The best way to help is to donate money so Catholic Charities and other agencies assisting flood victims can purchase needed items at any given time. Those who wish to donate should go to https://www.catholiccharitiesusa.org, hit the tab “Donate Now” and designate contributions for disasters. 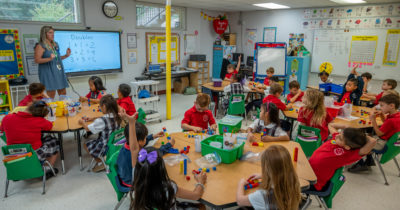 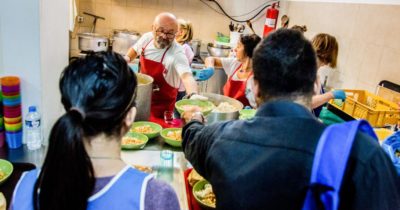 Catholic Faithful Invited to Encounter those Living on the Existential Peripheries